Blockbusters is a sweeping, one-hour crime drama series set in 1950s Chicago that mixes the urban grit of The Wire with the historical glaze of Boardwalk Empire. 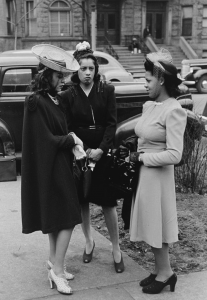 The show’s two protagonists, Alex Drozda and Betsy Hughes, are from warring factions. Alex is the youngest son in a working class Polish family. Prior to finding a home in America, his family escaped from Poland during the turbulence of the Second World War. From there, the Drozdas completed a hardscrabble crawl to a blue collar, lower middle class lifestyle among other immigrants looking to make a home in Chicago. Betsy Hughes grew up in a primarily African American neighborhood, to a family that’s worked just as hard as Alex’s. The Hughes family came north during the depression looking for work, and though finding it, carried with them religious sensibilities of the south. Clarence Hughes, Betsy’s father, raised her and her brother Gabe as a single parent working full-time in the 1920s. Gabe, a veteran of combat in Italy, admires his father for keeping it together, seeing him as the embodiment of family-manhood. Betsy’s feelings about her father are dominated by the violence of his religiously informed “spare the rod and spoil the child” method of parenting.

Manipulating the action is sleeze bag real estate investor Jed Wilson (think Saul Goodman), whose ties to corrupt city alderman, Rudy “Ruddy” Thompkin, facilitates the breaking up of tight knit communities of whites by fanning flames of racist hysteria. Wilson’s game is blockbusting, the practice of introducing African American homeowners into previously all white neighborhoods in order to spark rapid white flight and housing price decline. The Hughes are one of the first families introduced in the predominately white neighborhood; the youngest Hughes, Roy, falls in with a group of thugs hired by Wilson’s capo, Oz Slopesy, who manipulates them into behavior that threatens the neighborhood. After the local orthodox church is torched, priest Garek Witek has decided to move his church to the suburbs – something Alderman Thompkin has the power to speed along, provided Witek to hastens the white flight. Witek’s grandfatherly exterior hides a wartime secret as a fascist sympathizer in Warsaw. 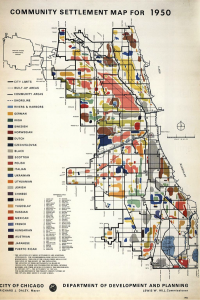 The story begins as the Drozdas resign themselves to living in a suburban house and running from the neighborhood. Things change, however, when Wilson’s network of thugs and intimidation goes too far and a much-beloved, tough-as-nails older neighborhood eccentric gets killed by Roy in a panicked moment of self-defense during an attempt at intimidation. The Drozdas garner support from other families, among them the volatile Bukowskis, to wage war on the looming “black menace”. Complicating matters is the secret relationship that develops between Alex Drozda and Betsy Hughes, who find themselves torn between their love for each other and their loyalty to their families. As the tension between blacks and whites escalates, the secret meetings between Alex and Betsy become more dangerous.

The two families caught up in the story are probably more alike than they’d like to admit. At it’s heart, Blockbusters is a love story between central characters Alex and Betsy, who must overcome cultural divides if their love shall prevail.

Blockbusters also interrogates the same themes America finds itself grappling with today: racial tensions, income inequality, the American dream of homeownership in a what feels like a rigged economy, and the manipulation of a city’s political climate for the profit of its elite, which in turn comes at the cost of the working class.

Finally, the show is about fear: how groups of people can be moved to do dangerous things when gripped by hysteria.