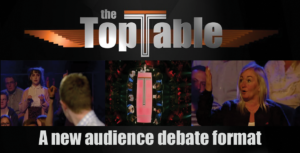 21 year olds compete to earn a seat at The Top Table and face off against local and national politicians. 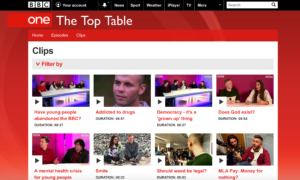 The host moderates the conversation, and the four youngsters selected for the hot seats have been supported in debate techniques and public speaking so they can argue their case from their personal standpoints effectively and well.

Politicians from across the spectrum sit opposite, prepared to answer the toughest questions posed to them by the younger generation and the audience members. 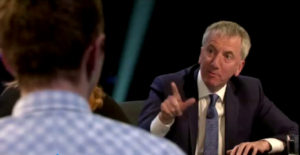 The studio audience is also divided into two groups; one 21 and younger, the other 21 and older.

The emphasis is always on the voices of the youngsters, and cut-away interviews from the local area allow even more of them to have their say and be heard.

The Top Table brings a youth audience to the debate, stays current and fresh, and can be run before elections, on a weekly or monthly schedule, or around special national events and interests.