Attila – The Making of a Gangster 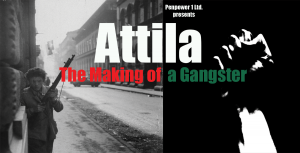 Attila – The Making of a Gangster is based on the novel, Szabad, written by Alan Duff, the author and screenwriter of Once Were Warriors.

The story begins in Budapest in 1956 where young Attila Szabo is a 20 year old university student. He wants to believe in the ideals of communism despite the constant propaganda, food rations, suffocating bureaucracy, and  secret police known as AVO.  When he witnesses the brutal death of his father, something in him breaks and he turns to a different way of being. He learns to be violent and cunning. Driven by necessity, he moves to London in 1963 and carves out a place for himself in a world populated by hardened criminals.

It’s 1956 in Budapest, Hungary. Attila Szabo, a 20 year old university student, faces constant communist propaganda, food rations, suffocating bureaucracy, and the secret police known as AVO. He wants to believe in communism, yet his instincts don’t. His beloved father, unjustly imprisoned, comes home a broken man. Witnessing his father shot dead in the street defiant to the end, something breaks in Attila. Not his will, but innocence. He sees the officials at exclusive restaurants and shops, wining and dining, citizens violently arrested by AVO, the bread queues, and he realizes it’s all a lie.

With his three close friends, Janos, Milan and Klaudia, they break into the homes of officials, mainly to steal decent food. A security guard, Tibor, sees Attila in the street, remembers stopping him in the upper-class neighbourhood. They come to an arrangement.

A beautiful woman, Aranka, her husband and child, move into the flat above the Szabos. Attila instantly smitten by the wife, and a mutual like of her five year old son, Stefan.

If only she wasn’t married. There are signs it’s not a happy marriage. Enter AVO colonel, Zoltan Friss, who’s soon had the husband arrested and regularly forces himself on her. Attila yearns to love her, but in a proper way. Doesn’t notice Klaudia’s jealousy of Aranka.

He acquires a gun, but who to use it on without putting his family and friends at risk? Aranka tells of her anger at Friss’ visits, of her unhappy marriage to an emotionless man. Friss nonchalant

ly informs Aranka that her husband was shot dead in prison when involved in a riot. She and Attila become lovers. She starts turning Friss away and he does not like it. 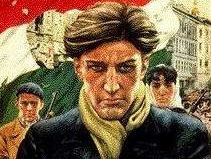 In London 1963, the stolen money buys Attila first one pub then another. Business booms. Stefan gets into trouble at school, fighting. That brings in a cop, Des Stanford, who is corrupt and greedy. Attila’s Cockney girlfriend introduces him to criminal veteran, Freddie Holman, who sees off some shakedown thugs in violent fashion. A cop on the take gets hungrier. Attila and Freddie set up a card school in the basement of the city pub. It takes off.

His old friends from the past turn up, first Janos then Klaudia. She’s now a stunning, impressive woman.

His businesses drag him deeper into the underworld. At the end of Season 1, the notorious Kray twins pay a visit to his city gambling joint. 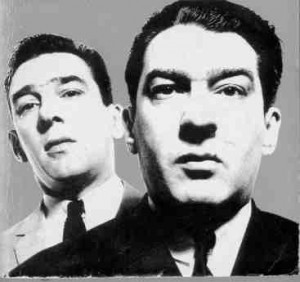