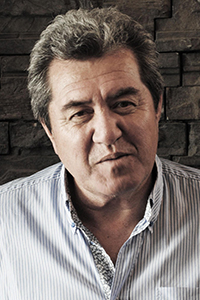 Alan has published numerous novels with two adapted for films and one made into an acclaimed musical. As with all his books, the characters, the powerful emotions and memorable stories come as much from his colourful life experiences as from his imagination. When Once Were Warriors came out in 1990, writer Witi Ihimaera described it “A breathless, fearless debut.” Two more best-selling novels followed. The movie came out in 1994 and was a worldwide sensation, along with the book published in 14 countries and still in print 25 years later. The movie was voted best New Zealand film of all time. 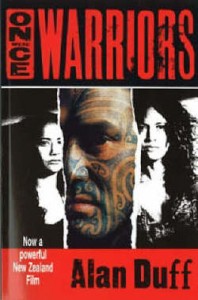 The sequel to Warriors, What Becomes of the Brokenhearted? was hailed by The Sydney Morning Herald as a “masterpiece. Powerful, authentic, moving, brilliantly written.” “Duff is a definition of one,” said one reviewer.

He wrote the original screenplay to Once Were Warriors and won best screenplay for What Becomes of the Broken Hearted?

He is the founder of a literacy programme, Duffy Books in Homes, which operates in New Zealand, Australia and the U.S.A. They have put 14 million books into the homes of disadvantaged primary school children over the last 22 years. 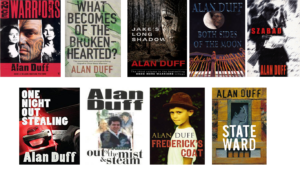