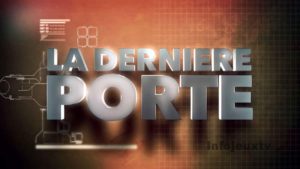 Available as a format and as finished content, 8 x 26′

La Dernière Porte/The Last Door is a 26-minute adventure game based on Escape Games during which 3 contestants have to find and solve puzzles within a limited time in order to win prizes.

The three friends have to think, communicate and work together. The experience is firmly immersive, with the host replaced by a voice-over (the Game Master) who reminds them of the rules of the game and the stakes, as well as giving them advice if they chose to use a joker to get help in a room. 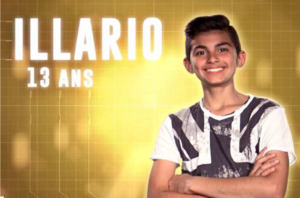 Each program is a new mission, with each mission based on a specific world (Pirates, Far West, Medieval, Egypt…) in which stories are told. This gives young viewers the opportunity to learn while having fun!

After a short introduction, the contestants are invited to enter the time machine in order to get briefed on the mission that awaits them.

Contestants progress through 3 successive rooms. In each room, the kids have 8 minutes to find clues that will lead them to a puzzle they need to solve. 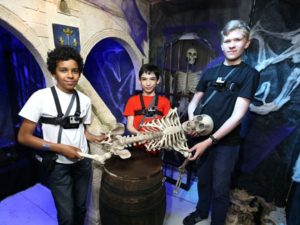 Clues mean hidden objects in each room that allow them, individually or assembled together, to access the puzzle (keys, magnet wire, rod, etc.). A puzzle is a scroll the contestants have to decipher or solve.

Camera work breaks the rules of children’s studio based game shows, with GoPros bringing the audience into the middle of the action with all the immediacy of taking part in a video game.

Puzzles are also submitted to the viewers as soon as they are found so they can solve them at home.

The quicker the contestants solve the puzzles in the rooms, the more bonus points they earn and the closer they get to winning the main prize.

Prizes range from an electronic skateboard, to tablet computers, and smaller prizes for taking part in the game. 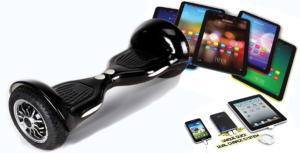